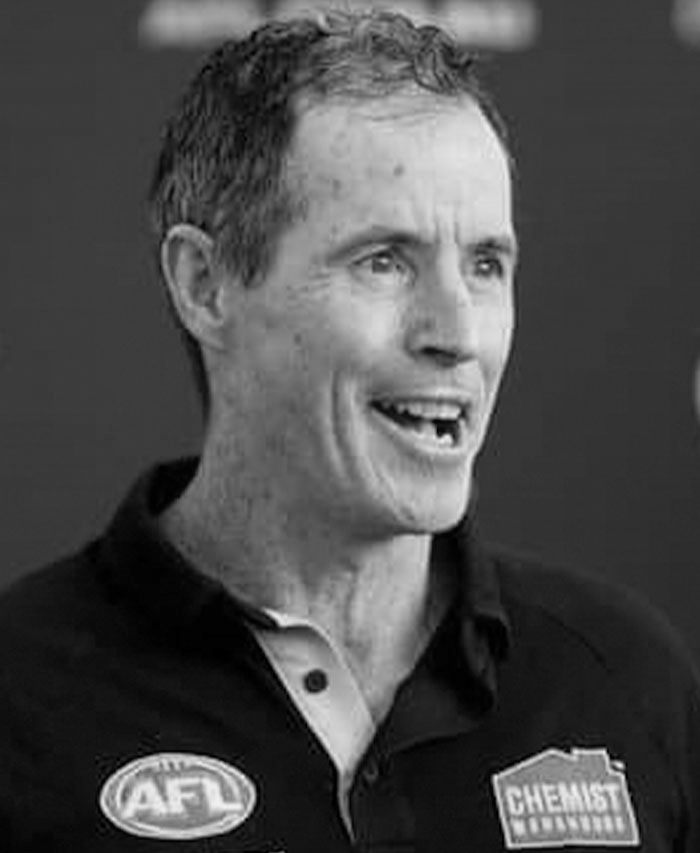 At the age of 16 years old, Hayden first decided to pick up the whistle and give Umpiring a go with his local Essendon District Football League. He had always loved sports, in particular AFL, but thought he was too small to play at a senior level.

After spending two and a half years umpiring in the VFL Under 19 Development squad and umpiring at the various country leagues in Victoria and South Australia upon his promotion to the elite squad, he debuted in the senior VFL competition in 1988, at 22 years of age.

For the next 24 years, Hayden umpired at VFL / AFL level, amassing 495 games (a record at the time) with 5 Grand Finals and 39 finals. Amazingly, after debuting in his first final series in 1993, Hayden did not miss a finals series until his retirement -18 consecutive appearances.

Post Hayden’s umpiring career, he became the assistant coach to the AFL umpiring squad in 2012 and 2013 and in 2014 became the Head of AFL Umpire Coaching and served in this position until June 2021.
Pre and post coaching career, Hayden is a secondary teacher, specialising in Health and Physical Education.

Hayden is a motivational speaker drawing on his experience in high performance sport.

Connect with Hayden on

“Few would understand what it takes to be AFL umpires’ coach.  The rollercoaster pressure and emotions that come with nine games a week. The detailed instruction and feedback (individual and collective), rule changes that must be coached before they can be umpired; in getting 34 umpires on the same page, facing questions and concerns that may not have answers yet.

The challenge is compounded by pressure – on time, and of watching on as moments unfold on game day. Mixed moments of hope, pride, and those that turn a few hairs grey.

Hayden the umpire was, and always will be, greatly admired. As a coach, he has been unwavering in his support and care over a decade.

He was a passionate educator who wanted to see you be the best version of yourself. Occasionally, this took the form of a spray demanding a greater work rate, teamwork or more consistency. But mostly, he was bubbly, positive and partial to the occasional tear.

Hayden valued and preached balance in our lives, both professionally and personally. He recognised the importance and value in having a well-rounded football experience. When it was time to work, you worked. But play was vital for great balance, and he encouraged us to enjoy it when you could! He understood the pressures of match day and the important release of post-game socialising. “H” also understood that an umpire could learn just as much debriefing a game with other umpires over a red wine, as they could in a mid-week coaching session. I know H has played a huge role in the development of many umpires who are still continuing to grow today. The boundary and goal umpires have recognised and appreciated his willingness to listen, understand and advocate for umpiring.”

We are a team of professionals, sporting personalities and story tellers that collaborate and work together to enhance wellbeing and optimise performance.